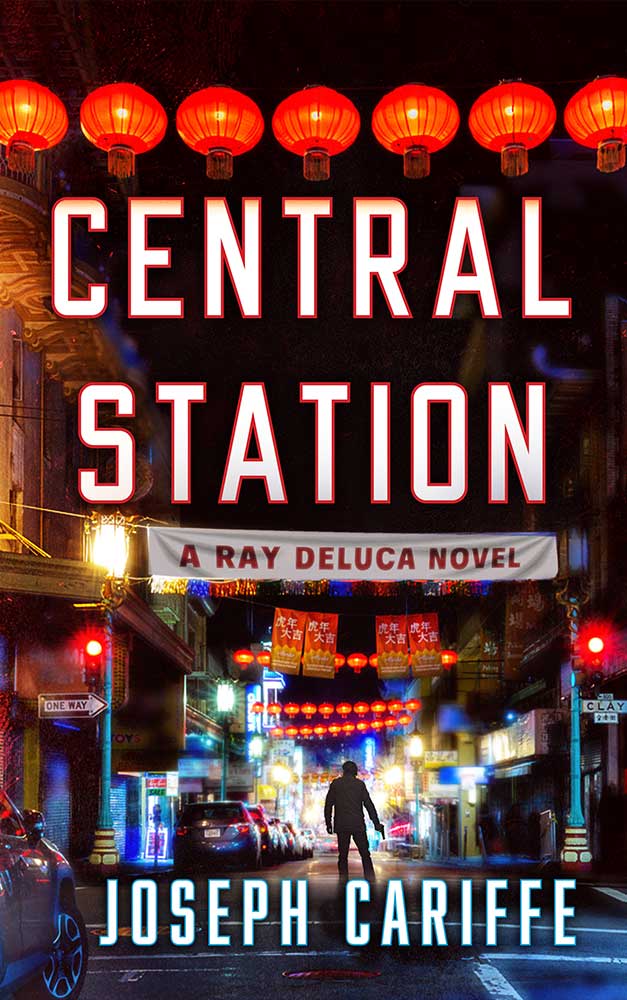 You’ve read police stories… but never one quite like this. In the tradition of the Grand Master of Police Novels Joseph Wambaugh, Central Station introduces San Francisco rookie cop Ray Deluca.

The long black hand of La Cosa Nostra stretches from the east coast to San Francisco where a turf war erupts with the Ghost Boys, a local Chinese gang.

In a complicated twist, a Ghost Boy is killed and the blame is placed squarely on SFPD’s Ray DeLuca, costing him his job, relationships, and potentially his life, when he becomes the target of a hit by both gangs. But quitting has never been an option, and Ray kneels for no one.

For Ray DeLuca, he’s never out of the fight.

It’s 2022 and Ray returns to SFPD in an exciting new role. Crime rates are soaring and the criminals never had it so good.
“Even when suspects beat a victim like a dirty rug…they’re released from custody in time for dinner.”
Table for two? Justice will be served.